打开微信扫一扫，分享网页
Group News | 2019.08.23 | 463
LandCampus Program Provides Help to Colleague Students
​LandGlass Awards Grants to the Children of Employees
All those years of nose-to-the-grindstone is for one moment of glory. On the morning of August 21, LandGlass held the ceremony at the company’s headquarters to launch the new LandCampus program, offering special grants to the children of 11 employees for being successfully admitted to universities this year.

All those years of nose-to-the-grindstone is for one moment of glory.  On the morning of August 21, LandGlass held the ceremony at the company’s headquarters to launch the new LandCampus program, offering special grants to the children of 11 employees for being successfully admitted to universities this year. At the meeting, the students were encouraged to study hard, pursue their dreams at a new turning point in their lives, and become the backbone of the country as soon as possible. 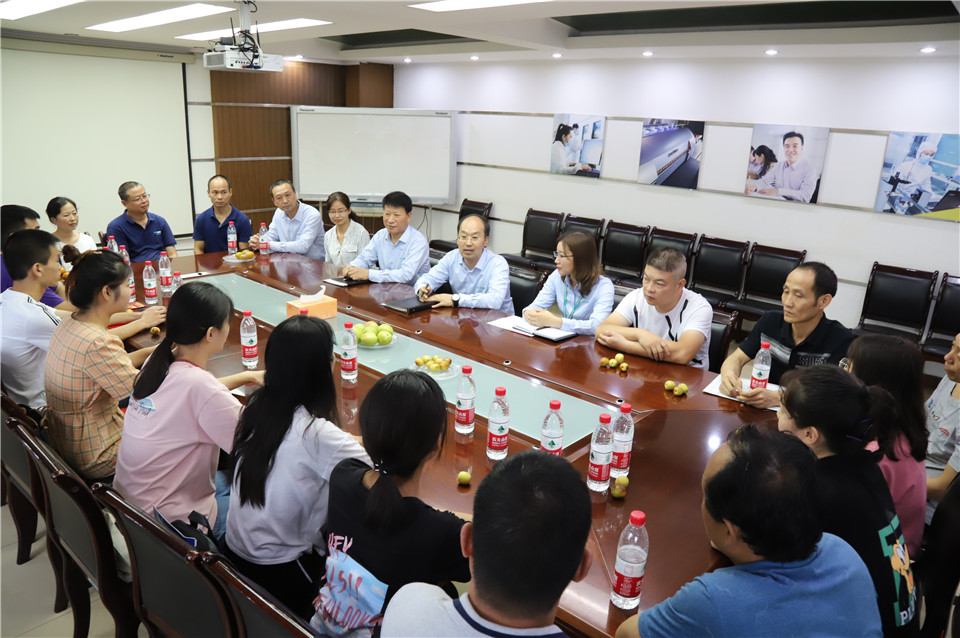 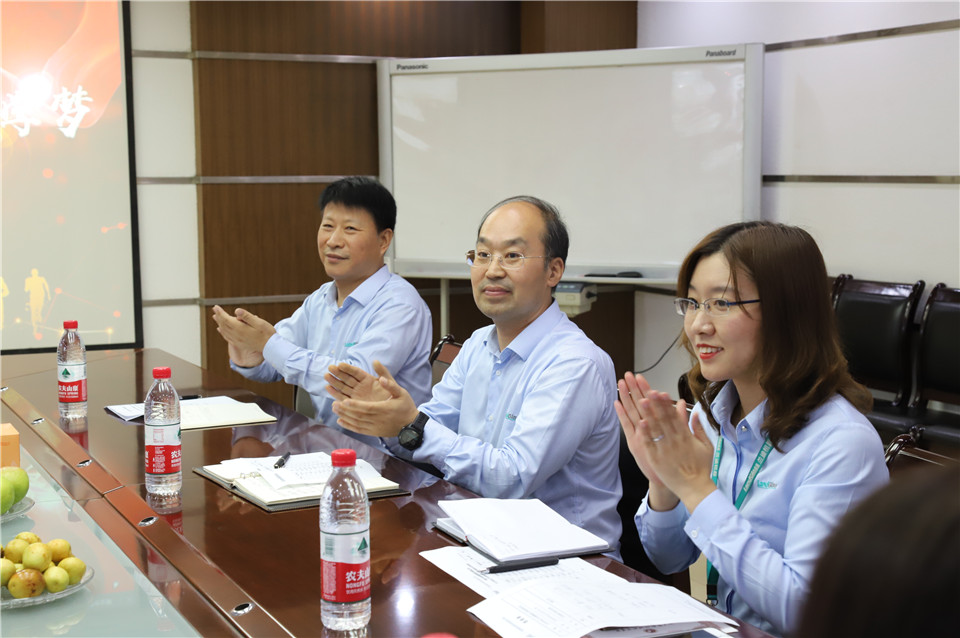 After experiencing the fierce competition at the college entrance tests and postgraduate entrance exam, the children of 11 LandGlass employees participating the LandCampus program opening ceremony were successfully accepted by universities. Nine of them were admitted to the University of Chinese Academy of Sciences, Tongji University, and other renowned universities in China. Two were admitted to graduate schools. After learning the news, LandGlass’ Chairman of the Board of Directors and General Manager Zhao Yan was pleased and personally hosted the grant award ceremony and said that LandGlass employees dedicated to their work fighting on the front line of business operations, have made positive contribution to the company’s development and progress. While rarely having time to take care of their family, they have still managed to raise such outstanding college students. It is the pride of LandGlass as well as our employees! He expected the children to set their goal high and establish the ambition to serve our country; in the meantime, maintain the good moral character and become a useful person to the society; learn to cherish and be grateful; tackle difficulties and challenges with a positive attitude, and repay the society as much as possible in the future. 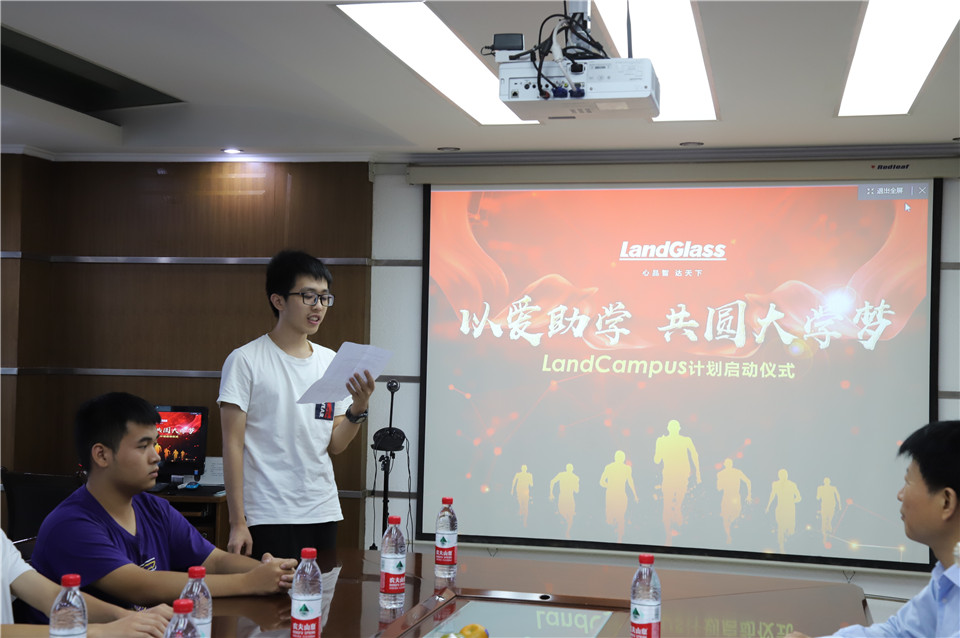 Later at the meeting, the motivated employees thanked the company for their care and generosity and said that they would put more effort into their future work and make more contributions to the development of the company. Further, they would teach their children to always cherish a sense of gratitude, unremittingly pursue excellence. Meanwhile, these new college students also said that they would continue their best effort at school and strive for excellence as their answer to the expectations of their parents as well as society. 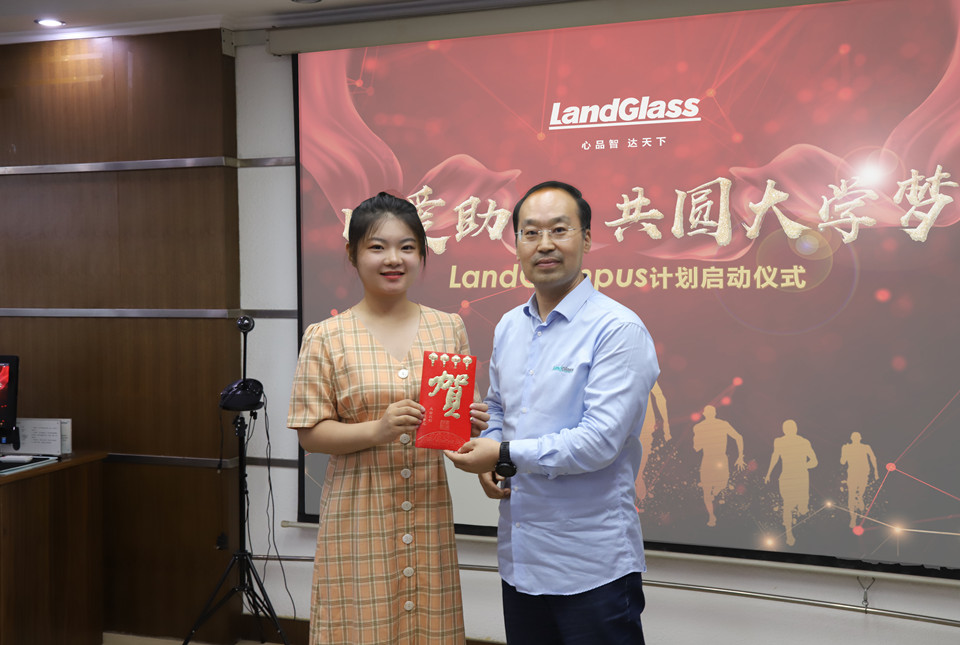 Education is to last for generations. It takes ten years to grow a tree, but a hundred years to nurture talent. LandGlass has always attached great importance to the cultivation of talents. We will continue the LandCampus program by awarding grants to the children of employees admitted to college and extend care and warmth to our employees. We will also try to establish an atmosphere of active learning among the company staff and their children to enhance employees’ sense of belonging and corporate solidarity.