The Belt and Road Initiative refers to The Silk Road Economic Belt and the 21st-century Maritime Silk Road. As an inaugural national strategy driven by the higher management, the Belt and Road Initiative has a far-reaching strategic significance in relation to the modernization drive of China as well as its leading position in the global economy. Meanwhile, it is also the beginning of the “Global4.0.” lead by China. As such, as a leading player in the Chinese glass processing industry, LandGlass has already ignited its own “21st-Century Maritime Silk Road”, bringing the Chinese glass processing equipment to the countries and regions along the “Belt and Road.”

As everyone knows, the 21st-Century Maritime Silk Road starts from China, heading toward the West, and connecting each and every big economic continent such as ASEAN, South Asia, West Asia, North Africa, Europe, etc. In the following period, let us walking and do some observation along the maritime silk road, and imprint our solid “footprints of LandGlass.”

Fujian is an important point of the maritime silk road. Located at the intersection of the East and South China Seas, it was the original starting point of “Zheng He’s Voyages” and the maritime silk road in history. It was also an economic congregation point at sea. Since its inception in 1980, Xinfuxing Glass, which specializes in high-end construction glass manufacturing and processing, is located in the Fujian province. The company has consecutively received the various certifications of ISO9001, 3C Certification, and CE Certification for many years. In addition, it was also the reputable winner of the “Top 30 China Glass Processing Enterprises for 4 consecutive years. In recent years, with meticulous selection, Xinfuxing Glass has procured several LandGlass glass tempering furnaces to be used in the expansion of its manufacturing facilities and at the same time, to raise its product quality. To date, the products of Xinfuxing Glass have been sold to countries like the U.S., Australia, England, Germany, Korea, Vietnam, Iran, Egypt, Saudi Arabia, etc. On top of receiving excellent feedback from its customers, local and abroad, the company has also attained rapid development.

Navigating along the maritime silk road, the next station in Guangdong, a coastal province in South China. Guangdong has always been the pioneer of the country’s economy, culture and technological development. Ngai Wah Glass Company Limited is a subsidiary of Hong Kong Ngai Wah Glass. It is a glass processing company with an outstanding, ancient reputation in more than 50 years of its history. Besides selling its products to all over the country and other countries and regions like Hong Kong, Macau, Singapore, Europe, America, and so on, its iconic engineering feats include Shanghai Jinmao Tower, MOKO New Century Mall (Hong Kong), The Landmark Macau, Singapore POLO Mall and other renowned construction landmarks. In the spacious and well-lit workshops of the company, the LandGlass Cyclone series glass tempering furnaces are particularly eye-catching. The equipment is employing revolutionary arc-shape structures as well as the new generation of CycloneTM Convection Heating System and isotherm heating technology. They can maintain a uniform convection air pressure, significantly elevating the uniformity of glass heating. Besides, coupled with a series of advanced, leading technologies such as the GeniusCool tempering technology, highly intelligent eAdapt System, comprehensive, precise data analysis, etc., while ensuring the quality of the tempered glass, at the same time, they also effectively achieve the smart controls, meeting the requirements and needs of its clients in terms of quality, cost, and intelligentization.

Going West along the sea, we have reached the Hainan province. Located in the southernmost part of China, and being near to the north of Qiongzhou Straits, approaching the West of Beibu Gulf; and facing east of the South China Sea, it is the second-largest island in China after Taiwan. The Hainan Special Economic Zone is the largest in China and it is the only province designated as a special economic zone. In 2018, a pilot program was launched to build the free trade zone island-wide. Hainan Haibo Engineering Glass Co., Ltd. Is the most modernized glass processing company in Hainan province. It is specializing in the manufacturing of safe, energy-saving glass used in the construction sector. It has glass processing base facilities spanning across over 30,000 square meters. Over the years, the company has purchased 3 glass tempering furnaces from LandGlass. Two of them are LandGlass LD-AB JetConvection Flat & Bent Bi-Directional Glass Tempering Furnaces. This type of equipment is fitted with a flat and B-type bent quenching section at each side of the heating furnace. By loading the glasses in different directions, a single piece of equipment can successfully meet the requirements of two products namely the flat tempering and the B-type bent tempering. As only a single piece of equipment is used to meet two types of product processing requirements, it can effectively control the costs and space usage, producing high-end, high-quality tempered glass.

Today, we begin our journey from Fujian, heading West and understanding the “LandGlass Footprints” along the maritime silk road of the “Belt and Road” within mainland China. We have witnessed 3 significant customers of LandGlass using 3 different types of LandGlass glass tempering furnaces. In the ensuing period, we’ll venture out of China and continue our journey, heading West, leaping across “high mountains and vast sea”, experiencing the wonderful future of working hand-in-hand with our valuable customers in creating a “win-win collaboration.” 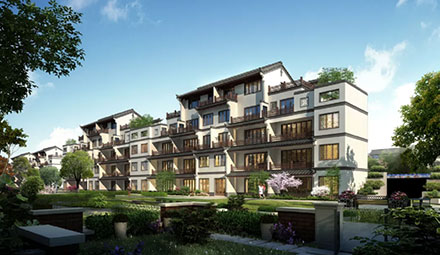 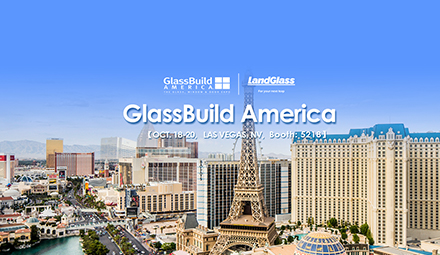