打开微信扫一扫，分享网页
Group News | 2021.07.05 | 458
Glass Technology in the Context of Millennial Plan
After 14 years of development, Haiyang Shunda has become one of the large glass processing enterprises equipped with five LandGlass glass tempering furnaces and other leading machinery with an annual output of various types of building energy-saving glass up to 1.5 million square meters.

Aiming to be a world-class economic, financial, and technological center aligned with the Shenzhen Special Economic Zone and Shanghai Pudong New Area, the Xiongan New Area is a state-level new area bearing the “National Project of Millennial Significance.” As the first major infrastructure project in the Xiongan New Area, the Xiongan high-speed railway station will become the transport hub that connects six major administrative divisions in China and the largest high-speed railway station in Asia. 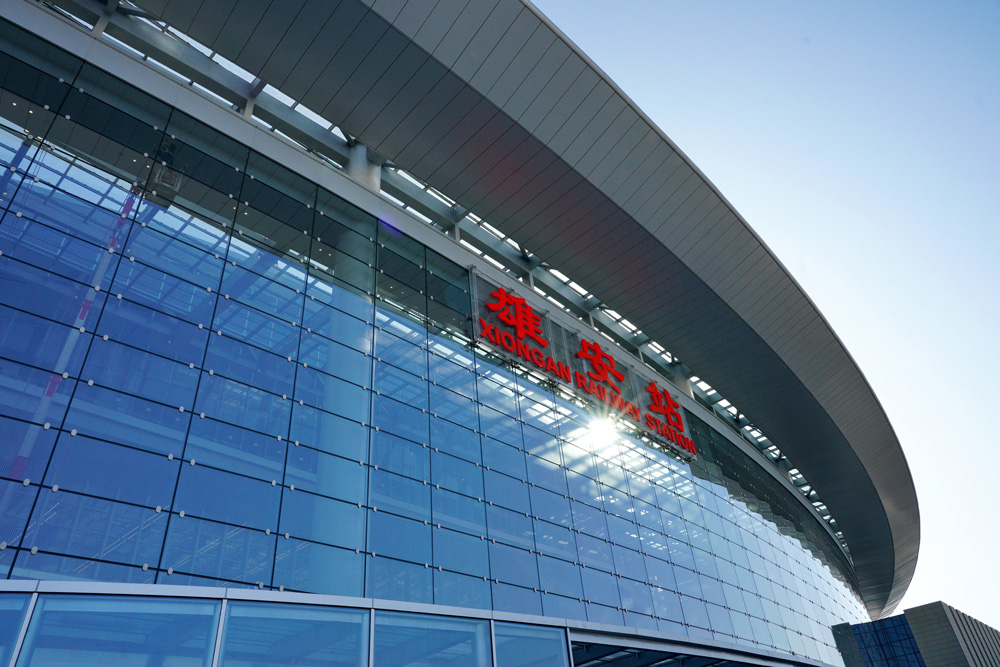 In addition to the world-class rail transportation technology and equipment, the leading glass technology adopted by the Xiongan station makes the most important railway hub project in the northern region sparkling: The fenestration systems made of crystal clear high borosilicate fireproof glass perfectly combine the lightweight and transparency properties with the safety feature. The versatile smart electronic glass touch-screen displays make it possible to provide lean and efficient operational services. Meanwhile, the public utility facilities at the Xiongan station are powered by green and low-carbon clean electricity generated by the high-efficient cutting-edge PV glass solar modules. All these achievements reflect the strength and wisdom of the glass processing and equipment manufacturing enterprises in China. Among them, Haiyang Shunda Glass is a good example. After 14 years of development, Haiyang Shunda has become one of the large glass processing enterprises equipped with five LandGlass glass tempering furnaces and other leading machinery with an annual output of various types of building energy-saving glass up to 1.5 million square meters. It has participated in the construction of many well-known domestic and international projects, including the Beijing Daxing International Airport, the Training Hall for the Beijing 2022 Winter Olympics, Toronto Railway Station, and the Xiongan high-speed railway station, adding a new dimension to the world-class buildings.

In one hundred years since the founding of the Party, China has undergone dramatic changes! In the field of the glass industry, numerous research and development personnel have made great efforts to build the industry from the ground up and make determined advances with the utmost confidence and courage, unfolding an exceptional chapter of achievement and success in the development of China's glass industry!